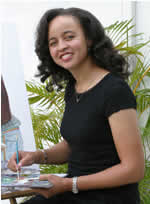 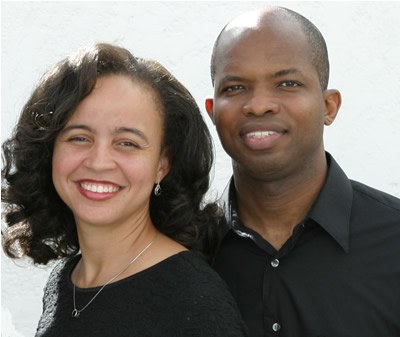 Bahamian artist Roshanne Eyma, daughter of artist and singer/songwriter, Eddie Minnis and Grace Minnis, was born in 1972. Her interest in art began early in life, growing up surrounded by a family of artists. She started painting seriously in 1986 for art competitions when she was 14 years old. In 1988, she graduated from Queen's College with eight distinctions at the General Certificate of Education examinations Ordinary Level, including Art.

She received awards in several art competitions, including the Esso and Central Bank art contests. She has also participated in a number of joint exhibitions with her father, Eddie Minnis, and sister, Nicole, in Freeport (1988) and in their family shows in Nassau at the Crystal Palace (1990), the Kennedy Art Gallery (1995), The Central Bank (2005) and UBS Bahamas Ltd. (2010).

In 1998, she married a fellow artist, Ritchie Eyma. After living in Nassau for more than a decade, they decided to move to Marsh Harbour, Abaco in 2012. They both serve as pioneer ministers of Jehovah's Witnesses in the Haitian community there, helping people improve their lives through Bible education.

The couple have participated in numerous art exhibits in the Abacos, and held a family art exhibition in Marsh Harbour in December, 2013. A special highlight of their artistic career was the Minnis Family Retrospective Exhibition held at the National Art Gallery of The Bahamas in Nassau from July to November of 2014.

Roshanne paints in oils and soft pastel. She completed what she considers to be her first real piece of artwork in soft pastel when she was in grade four, and this remains her medium of choice. Even in her oil paintings the blending techniques she uses in pastel comes through.

Her work has been described as a sort of “romantic realism”. She attempts to capture a mood that leaves the viewer with a serene feeling. Her chief interest has been figure studies of local people in their natural settings. She also enjoys nature studies and is fascinated by the beautiful Bahamian waters. Her paintings are presently in private collections in the Bahamas, Canada, and the United States.